Digital visibility study: Evidence of the importance of showcasing and using networks for a city to attract investment

The study found that digital visibility has a significant impact on investment, with the correlation between mentions and a city’s GDP often almost perfect, and provided a good predictor of why Paris, which recently overtook London as Europe's most valuable stock market, was a more likely rival to London’s financial sector dominance than Frankfurt. Cities, with Helsinki being a good example, that boosted their digital visibility using strategic campaigns also saw an almost immediate increase in global city rankings in subsequent years. These rankings impact on investment, tourism, and talent attraction. A study that focused on the UK also illustrated that networks are key to increasing the impact of local initiatives, particularly for smaller cities. The study also explored the impact of the global pandemic, showing that cities experimenting with new types of content and using technology to better benchmark and target messaging were able to leverage the significant reduction in quality coverage. 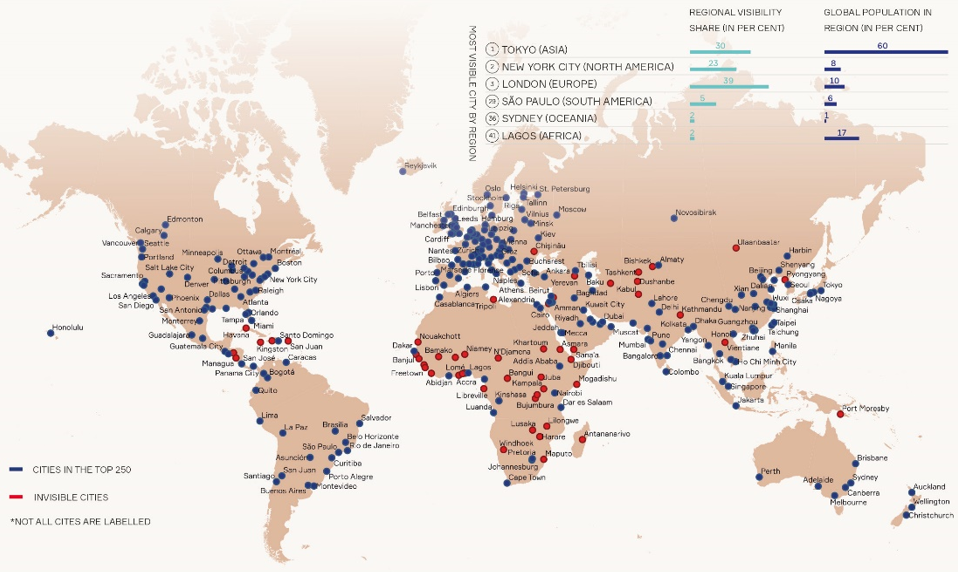 Want to get in touch with the community and see the comments?

The Smart City Coaching Program focuses on economic developers of small and medium-sized municipalities. Participants are trained to successfully link ongoing and new projects in the field of smart municipalities and communities with economic development. The program's focus areas include fostering innovative solutions, strengthening regional economies and improving the quality of life for citizens.

The program includes mentoring sessions where participants have the opportunity to interact with our experts, gain new skills, and learn from successful projects. Participants will be empowered to develop their own projects and ensure the added value of regional economic development....

The goal of the Smart City Coaching Program is thus to strengthen participants' skills and provide them with the tools and resources they need to implement successful Smart City projects in their communities.

Economic developers from small and medium-sized municipalities who are motivated to improve their skills and competencies in the area of Smart Communities and Municipalities and to participate in shaping a sustainable future in their communities.

What you will take with you

Participants of the coaching program will be empowered to implement successful Smart City projects in their communities, promoting progress in sustainability, efficiency and innovation.

As a specialist for holistic project implementation, we know that rising energy prices and Co2-saving requirements are currently presenting many municipalities with special challenges. Within one hour, our funding pilot Dr. Philipp Riegebauer will present exciting approaches to funding your smart city ideas. After the positive response to our seminars last year on general funding opportunities, we are deliberately focusing on funding opportunities in the areas of emission reduction and energy efficiency in this new edition.

So register now for our free webinar "How can my municipality finance emission reduction and energy efficiency measures?" and join us on February 23, 2023 at 2:00 pm to ask our colleague Dr. Philipp Riegebauer your individual questions live.

The webinar will be held in German.

From June 21 to 23, 2023, the global community of urban shapers will join Stuttgart. #BABLE is excited to collaborate with Urban Future Global Conference and other partners to create one-of-a-kind sessions.

The Urban Future Global Conference will bring together top-level city leaders from Germany, Europe, and beyond. #UF23 will have the most extensive program ever! With 100+ sessions, 40+ field trips, and dozens of side events, meetings, and social opportunities. It's the ideal time to learn, connect, and network with the world's best #CityChangers. More than 3,000 of the most brilliant urban shapers, leaders, entrepreneurs, sustainable cities, media experts, and talent are gathering to exchange change-making experiences and discuss failures that will never be reported on.

#24 Southern Regional Assembly Ireland: "There Is Always Something To Be Gained"

We start 2023 with our very first co-hosted episode with Alessandro Gaillard, Communications Campaign Officer at the Solar Impulse Foundation and host of the Solutions for Cities Podcast.

With our host Tamlyn Shimizu, they had a fascinating talk with David Kelly, the Director of the Southern…

What are the challenges for cities to become climate neutral until 2030/2050?

There are several major challenges that cities face in their efforts to reach climate neutrality by 2030. Some of the main ones include:

9
Read more
Something went wrong on our side. Please try reloading the page and if the problem still persists, contact us via support@bable-smartcities.eu
Action successfully completed!