Biel/Bienne, Switzerland. Neolec was presented as the overall winner for the SMAVARD (Smart City Implementation Award) for startups in 2021. Their Use Case 'Maximising Self-Consumption for a…

Biel/Bienne, Switzerland. Neolec was presented as the overall winner for the SMAVARD (Smart City Implementation Award) for startups in 2021. Their Use Case 'Maximising Self-Consumption for a Swiss Microgrid Project' won due to its direct impact on energy and local consumption and therefore subsequent resilience in regards to climate mitigation. Nia Youmby accepted the award on behalf of Neolec. 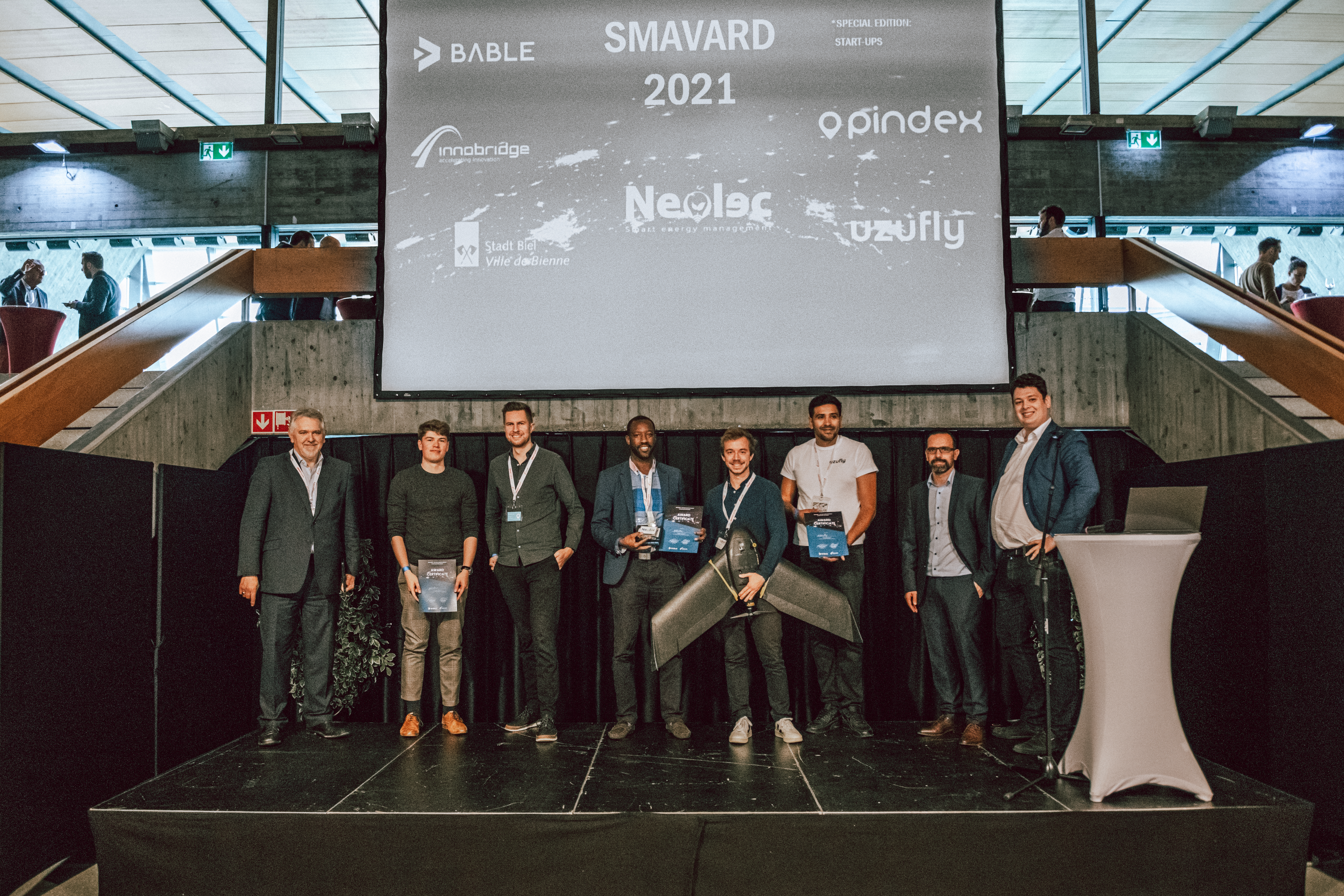 Barthélémy Rochat, Chief Digital Officer of Biel/Bienne presented the award together with Alexander Schmidt of BABLE and Xavier Arreguit of Innobridge

uzufly took the runner-up seat with the Use Case 'Photorealistic Digital Twin to Visualise Urban Development' and was awarded the prize due to the applicability to many different users and accessibility and ease of use for many different stakeholders. pindex with 'Interactive guided tour in Saint-Imier' was the second runner-up and was notable in the ability to connect the virtual and physical world.

A professional jury of Smart City experts selected the winners based on the criteria of scalability, innovativeness, and resilience. The jury members were:

The award was presented by Barthélémy Rochat, Chief Digital Officer of the largest bilingual city in Switzerland and the host of the Smart City Day.

The microgrid has PV, solar Thermal, Heat Pump, EV, Battery. No equipment has the ability to talk to one another and the energy was not used efficiently over all. To make that district really Smart the promoter needed a unified platform where he could monitor and control all equipment

The aim was to visualise a future school extension in the most immersive and photorealistic way to share it with the local community.

This new interactive smartphone-guided tour is an augmented and digital version of an old tour based on text and pictures about ancient watch factories and architecture. We used AR, quizzes, videos, and audio to create a new digital experience for visitors that goes beyond what a brochure offers