The German-Romanian Chamber of Commerce and Industry (AHK Romania) organized between 13-16 September 2021 the ninth edition of the conference Cities of Tomorrow in a hybrid format. The event…

The German-Romanian Chamber of Commerce and Industry (AHK Romania) organized between 13-16 September 2021 the ninth edition of the conference Cities of Tomorrow in a hybrid format. The event brought together more than 250 participants from across the country, but also from abroad, including architects, urbanists, business representatives and numerous representatives of the public sector, confirming once again that the event has an international approach, dedicated to the importance of urban and regional development. The central theme this year was “Green Cities”.

The opening of the event was held by the General Manager and the President of AHK Romania, Mr. Sebastian Metz and Mr. Andreas Lier, by Nicușor Dan, General Mayor of Bucharest, as well as HE Ambassador Adriana Stănescu, Romanian Ambassador to the Federal Republic of Germany and Christian Plate, Chargé d’Affaires of the Embassy of the Federal Republic of Germany in Bucharest.

”This edition showed once more the outmost importance of bringing all relevant stakeholders at the same table to exchange information, personal experiences and lessons learned. The business environment, public administration and civil society representatives are integral parts of any project and city development and they should all serve the same purpose – listening and involving the citizens and communities.” 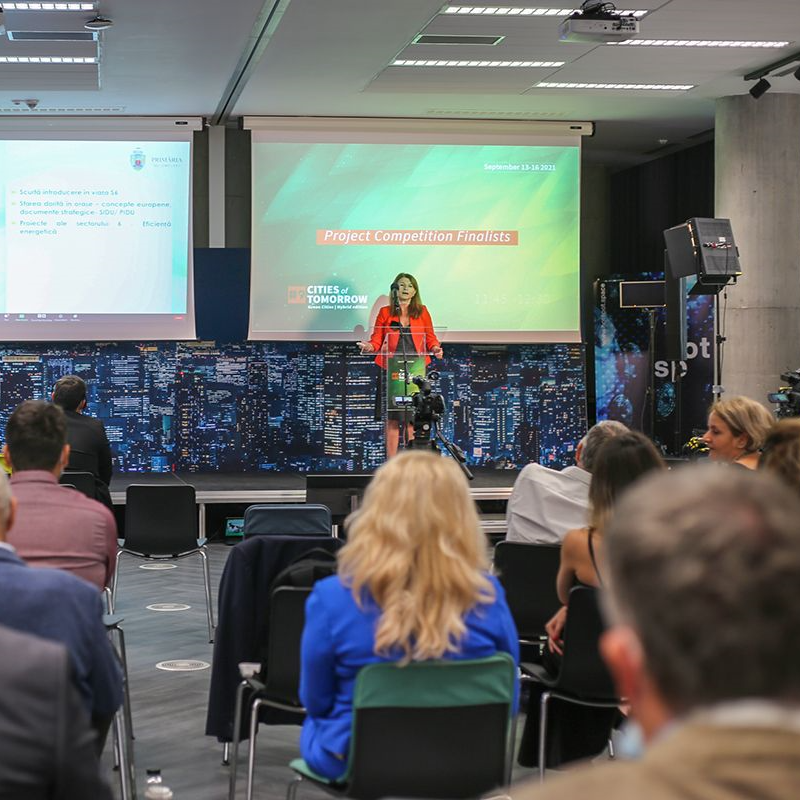 The central theme of the main event on September 16 was the importance of dialogue between cities, specialists and community participation in green urban development projects. Therefore, the first dialogue brought together two district mayors of Bucharest, Radu Mihaiu (District 2) and Ciprian Ciucu (District 6) and Ullrich Sierau, former longtime mayor of Dortmund. The dialogue focused on parks, green spaces and reclaiming city areas for pedestrians and leisure activities.

The two Bucharest district mayors emphasized their ongoing or planned projects to revitalize parks and squares such as Morii Lake or Strada Liniei, in district 6. In district 2, Parcul Sticlăriei is currently undergoing a deep cleaning and being reclaimed for the district’s inhabitants. Furthermore, the City Hall has started a collaboration with the Order of Architects in order to develop four run-down urban areas in need of revitalization. Representatives of the Order will propose projects based on the wishes of the population. Ullrich Sierau showed how Dortmund underwent a lengthy, more than 20-year-long transformation from a heavy industry city to one that puts pedestrians and the quality of life of its citizens first.

The discussion was moderated by Irina Meliță, architect and vicepresident of the Romanian Order of Architects Bucharest. Afterwards, we welcomed Arch. Eugen Pănescu, Mayor Ioan Popa of the city of Reșița, Elena Lucaci, founding president of ”Părinți de Cireșari” association and Andreas Kipar, renowned international architect, urban planner and landscapist in a dialogue regarding the correct approach on big urban green projects and the involvement of all relevant stakeholders. The dialogue was moderated by Dorothee Hasnaș, architect and experienced cultural manager.

Before this edition, AHK Romania organized a project competition for public administration, business environment and civil society. The projects in focus were the ones dealing with green solutions and initiatives that improve of the quality of life of citizens.

The first three conference days were dedicated to finding concrete solutions regarding 9 topics of high importance for the regional development: energy efficiency & energy management, financing & EU funds, mobility, digital city governance, construction law, reconversion & revitalization, circular economy, tourism & lifestyle, city safety. Each of these topics was discussed separately during the round table debates, where participants had the opportunity to actively engage and contribute with input on the chosen subject. The best solutions were voted by the conference participants and the members of the winning round table were awarded a prize during the award ceremony of the event. 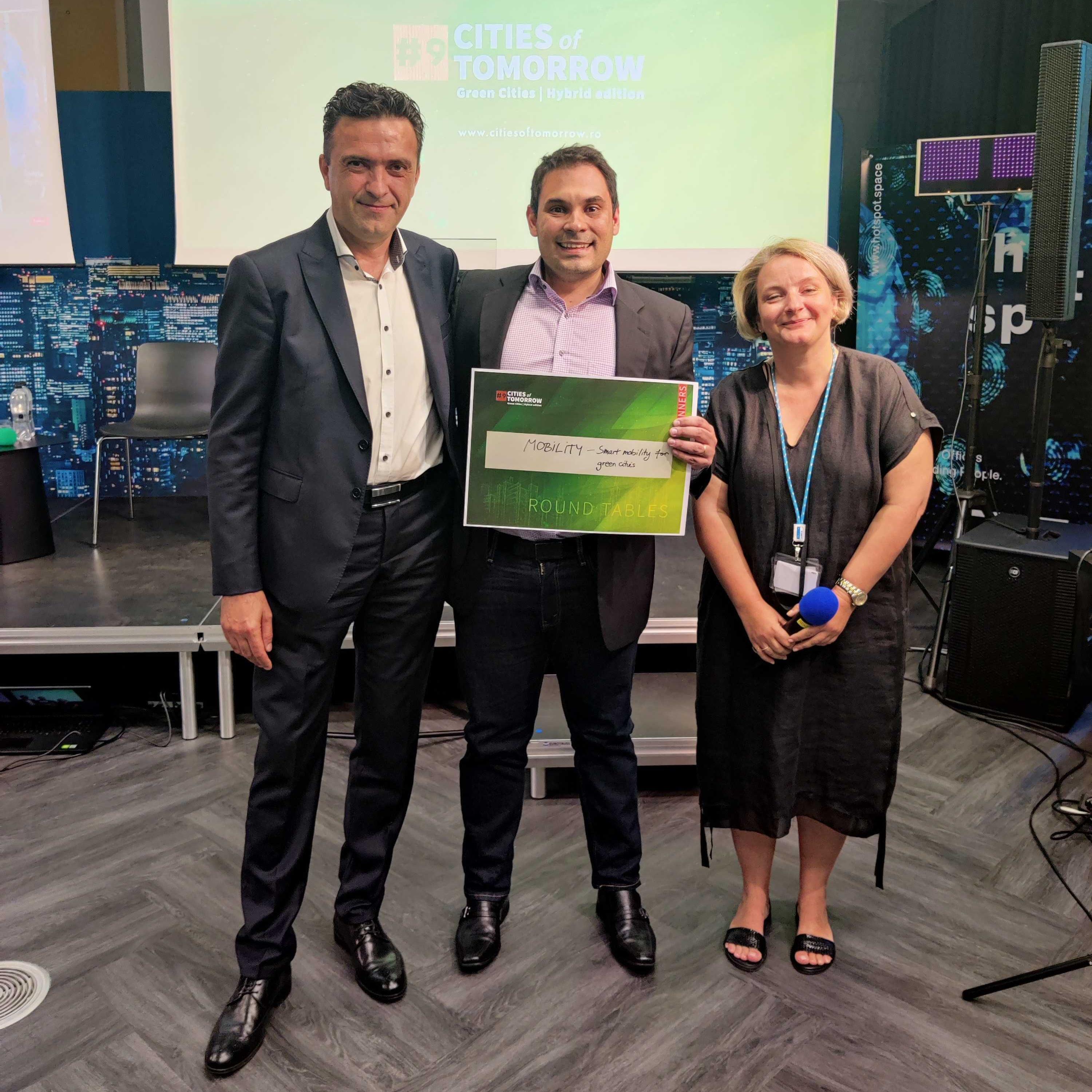 The moderators from BCR and BABLE complemented the discussion with their activities and solutions for smart, user-friendly and green mobility.

Similar to previous years, the conclusions and solutions of the nine round tables will be summarized in the follow-up brochure of the event, while the German-Romanian Chamber of Commerce and Industry together with its partners from the private and public sectors will focus on implementing them.