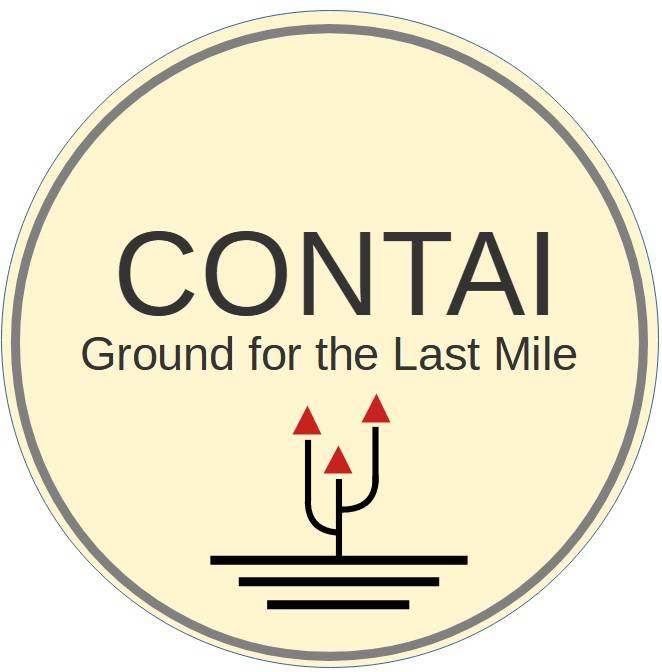 Our goal in general was to perform real-life technical and usability evaluation of the CONTAI system-level last mile solution based on the principle ’THE LEAST COMMON DENOMINATOR’, secondly to receive feedback and to make findings for further development.

We were willing to get feedback how the cross-use of different modules really work and could diverse use cases with appropriate applications be beneficial. Could combined door-to-door and locker pick-up work, could an AMR robot handle same applications as a pedal-assisted trike to contribute simultaneous use and smooth transition to autonomous last mile?

As preparing to autonomy is particularly important to secure a continuum for intelligent future, therefore special evaluation focus was in the deviation-tolerant and digitally assisted loading and unloading. Automatic operation is meant to be simultaneously used within manned and unmanned vehicles.

The development of last mile logistics is not only searching for suitable vehicles and routes but improvement of all process steps such as sorting, packaging and multimodal transfer of cargo from one vehicle to another, deliver cargo units to un|loading bays without any auxiliary.

A sparsely facilitated ground-level city hub could scale, multiply and relocate quickly on demand basis. City events, city calendar, weather, citizen behavior, BigData, AI and the demand can steer the hub and mobile locker swarm placement and size. Ground-level hubs are possible if cargo units can be loaded and unloaded directly at street level, such as with the CONTAI technology.

IMPLEMENTATIONS OF PROTOTYPES AND USE CASES

CONTAI technical solution consists of modules and stable interfaces between them.
Reading order: From bottom to top.

Independent and at best unmanned loading and unloading of the load unit is strategically important in the effort to build a common last mile solution utilizing encapsulated cargo and equipment units (ref. sea container) that can be used anywhere. Also, e.g. when transferring the beverage deliveries of restaurants indoors the entire vehicle cannot get inside. Therefore heavy beverage containers must be unloaded on the street nearby. Carrying them inside is overwhelming and therefore a wheeled load carrier is needed.  Often there is no forklift or access to the loading dock is blocked - if there is one. A similar situation is not uncommon.

The common interface between the Load  and the Loader implements the CONTAI principle of 'The Least Common Denominator'. It allows the load unit to be separated from the vehicle in the same way as a sea container and a EUR pallet. It also gives a great deal of freedom to the vehicles used, both current and future. Likewise, it gives very high applicability to cargo units, the container is just one example and that too can come in different sizes. Movable toilet for disabled is not any standard container!

One of the implemented LoadCarriers is 120 cm long. Its guide rail width is a standard 55 cm and a total width of 80 cm. It can be fitted with wider applications (80 ... 260 cm). The LoadCarrier can also be longer, e.g. 300 cm, in which case min. 300 cm long Loader is required. The ground clearance of the Load Carrier is 10 cm, enabling forklift handling in accordance with the EUR pallet, and its total height is 13 cm (Figure 1). The Load Carrier has two fixed casters at the rear and two swivel wheels at the loading front end.

Qualified cargo unit parking requires the load unit to be left securely on the ground, i.e. it must not roll alone away on a sloping surface or in the wind. This is most important when the parking is performed by an unmanned robot. On the other hand, a wheeled load unit must be capable of being moved manually to perform last-foot service but loading and unloading require the wheels to rotate freely.

When loading the brakes are automatically off and when unloading takes end the brakes will be automatically locked. Parking brakes can manually be released with a dead man's handle like airport carts. Automatic parking brakes of LoadCarriers are necessary as unmanned commercial vehicles become more common, but they also speed up and simplify manual cargo unit handling.

The load capacity of the LoadCarrier was rated at 800 kg. The maximum load tested for loading and transport was 550 kg.

The CONTAI Loader and the LoadCarrier are designed so that they form an interface pair. The interface design allows universal Load Carriers to be loaded, lashed and transported completely autonomously. The Loader is attached to a carriage which moves on linear guides so that the Loader and the load can be electrically transferred longitudinally in the vehicle. This is advantageous in order to achieve an optimal weight distribution. The CONTAI Loader was attached to the carriage with a ball joint, allowing it to turn around all 3 axles during loading. The Loader is tapered at the rear end, which allows deviation-tolerant docking. The carriage is an electric motor driven and it has an automatically operating hook to grip the Load Carrier. The CONTAI Loader is 55 cm wide. The prototype was able to load 120 cm long Load Carriers. The proximity sensors at the rear part of the AMR robot triggers the docking sequence.

One experimental e-commerce locker mounted on the CONTAI LoadCarrier was built.

The CONTAI HybridLocker could combine doorstep deliveries with stand-alone locker pick-ups.
Once filled, the HybridLocker will be loaded on ground level onto a suitable vehicle. The HybridLocker makes first a door-to-door tour and it is then left close the distribution area at the curbside, garage, office lobby or even indoors for customer grocery and parcel pick-ups and recyclable returns without any hassle.
Conceptually the number of mobile lockers is big and their rotational frequency is high to minimize the pick-up distance and the use of private vehicles for that.

This new e-commerce hybrid process could allow customer to choose between synchronous and contactless, or asynchronous e-commerce services.
At the same time, the amount of unclaimed and missed deliveries, waste food and empty kms would decrease while recycling would increase.

One functional AMR prototype was built during the implementation. The focus was in deviation tolerant LoadCarrier docking, loading, lashing, unloading and parking. Because the lack of the autonomous driving technology, autonomous driving for docking was simulated by a remote controlled radio sender - receiver.

The AMR was able to autonomously load, lash and unload LoadCarriers with cargo applications, such as the HybridLocker.