Local energy systems are effectively controlled by local shareholders or members, generally value rather than profit driven, involved in distributed generation and in performing activities of a distribution system operator, supplier or aggregator at local level, including across borders. The term encompasses both the organisational and technological elements required.

There are various projects that have been done to create local energy systems. The following variants cover the broad range of models , though some can cut across diffferent variants.

A local generation asset is used to benefit local consumers. The projects are usually at least partly financed by the community and generate revenue for local use. 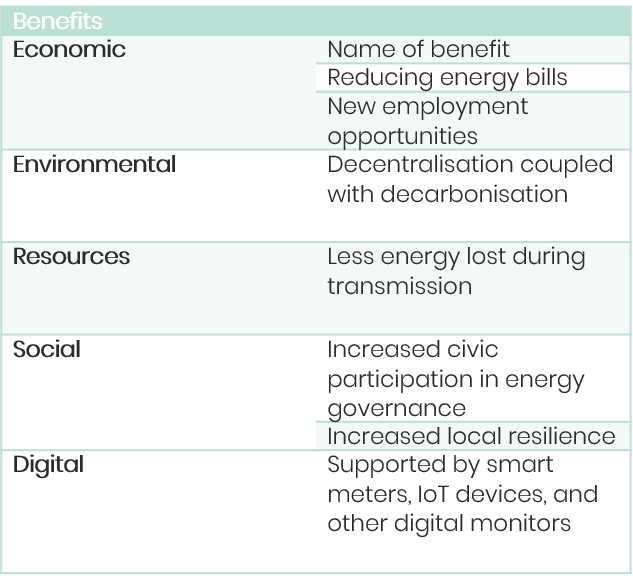 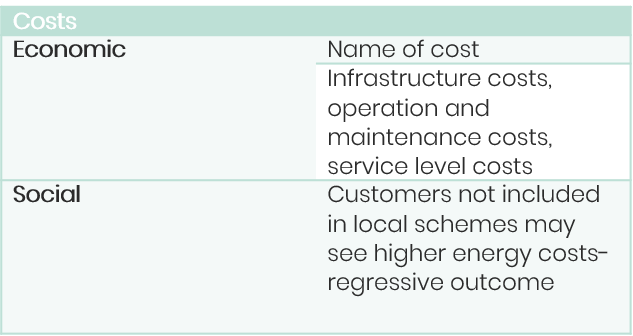 Local conditions greatly affect the effectiveness and viability of most distributed generation power sources. Local options for energy generation, such as high wind speeds, high solar irradiation or the possibility of firing Combined Heat and Power Units with locally available materials, are preconditions for sustainable local energy systems. Financially viable business cases may depend on support schemes or incentives, such as Feed-in-Tariffs. 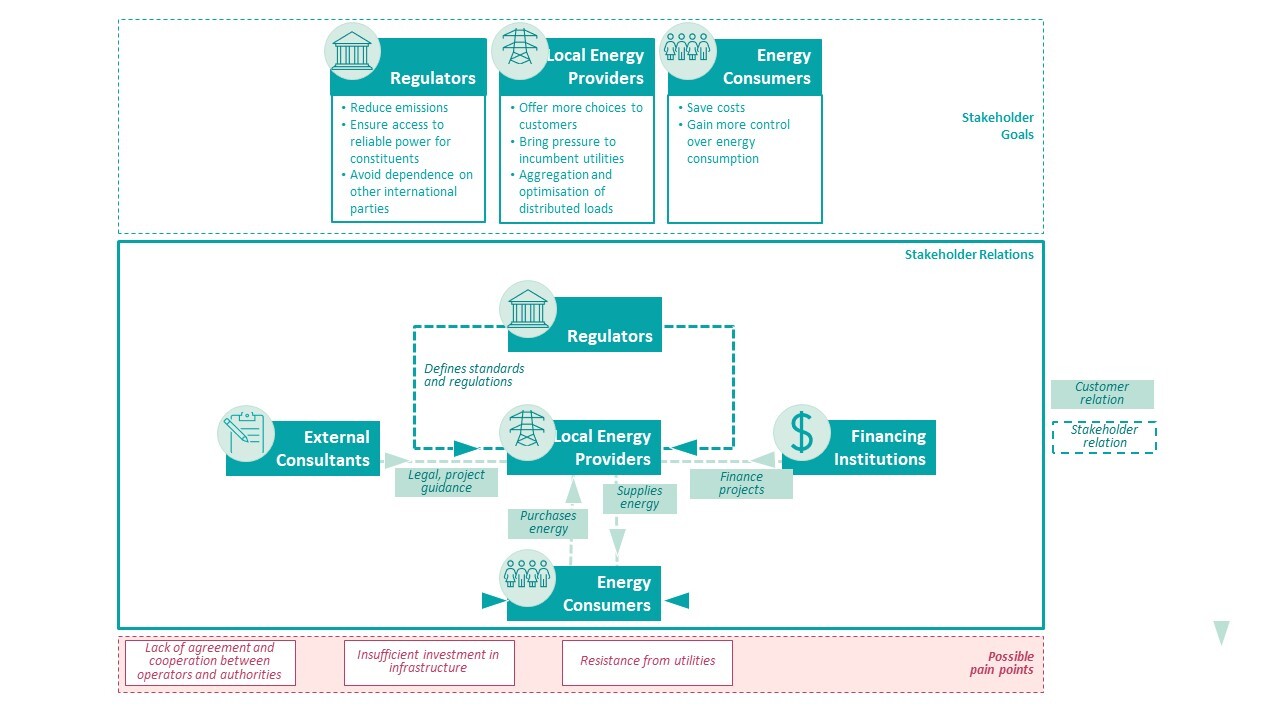 Various European initiatives and regulations support the implementation of local energy systems. The following figure from the journal Energy Efficiency shows the regulations that apply to this solution. DG in this case stands for distributed energy generations, which is the local generation of energy. As the figure shows, the regulations that strongly support the implementation of local energy systems are the EU Sustainable Energy Goals.

An example is the Directive 2009/28/EC, which includes national binding targets for EU countries. These state that by 2020, at least 20% of EU’s final energy consumption should come from regenerative energy system. Furthermore, each Member State is required to reach a 10% share of biofuels in the overall use of transport fuels by 2020.

At European level, there are also two directives referring to smart meter deployment.

Problems within the implementation and operation of such systems can occur due to various regulations on integrating local energy systems in the national or international grid. 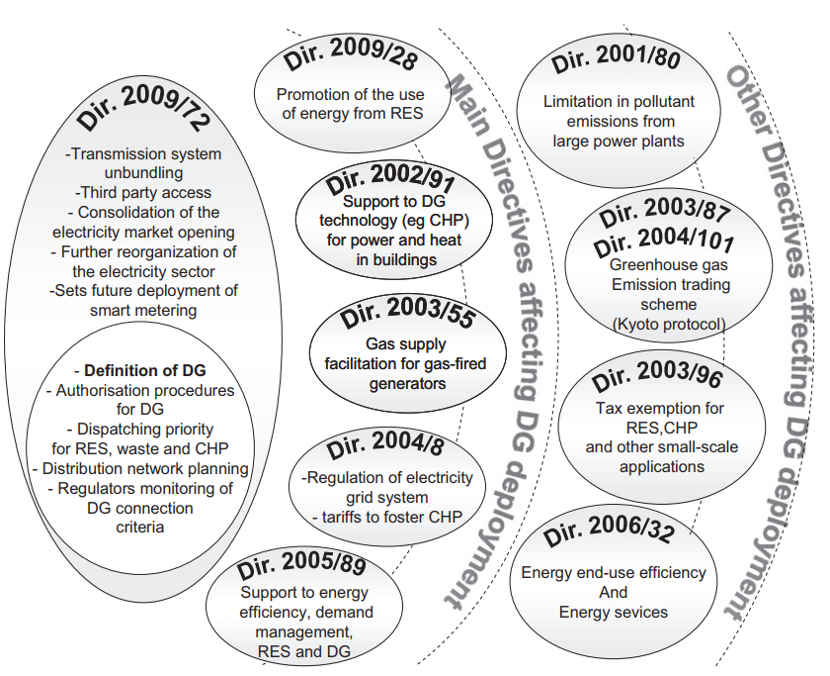 Local energy schemes can enhance consumer choice and competition, and electricity supply markets are quickly diversifying. For example, in the UK, the share of the electricity market owned by independent suppliers increased from 1% to 14% between 2012 and 2016 (Ofgem 2016).

Another major market factor lies in the shipping and handling of energy, which costs billions every year. These costs occur due the construction and maintenance of massive transmission infrastructure (11.7% to 12.9% of the total energy price) due to energy losses during transportation (circa 7% of all electricity generated) and congestion charges due to peak times. In total, Forbes estimates that the costs of energy transportation represent 25% of the energy price.

Local Energy Systems do not need to transport energy as the energy is produced where it is consumed. Therefore, this 25 % can be saved using this solution. Several studies verify the cost savings of using local sustainable energy systems. For example, a study conducted by Southern California Edison in 2012 found that the utility could save $2 billion in system upgrade costs if they guided distributed generation to key locations on its grid. Also, the Long Island Power Authority determined that the development of local solar installations could meet rising demand for electricity while saving customers nearly $84 million in avoided transmission costs in New York.

Steam pipes were changed to district heating based on water as energy transmitter. The power is supplied via a biomass power plant owned by the municipality.